The ILC project is being delivered in five locations: Brisbane, Logan, Toowoomba, Townsville and Cairns.

These cities have significant humanitarian arrivals and are well-established settlement areas. In each of these locations, there are Multicultural Engagement workers (MEWs) who deliver culturally appropriate activities to individuals and their families to increase their:

Participants speak more than twenty-five languages besides English, with Swahili, Vietnamese, Arabic and Kurdish-Kurmanji being the most commonly spoken languages. The majority of participants require an interpreter.

Effective partnerships have been established by the Multicultural Engagement Workers (MEWs) with key stakeholders in their regions including Refugee Health, settlement agencies, QPASTT, schools, community connectors, disability service providers and the Access and Referral Teams.

Our MEW has been the best worker that has ever helped our family. I am sad that she can't keep working with us.
The support I got from Amparo has positively changed my life. I am very happy and proud of who I am now. I can access the community with much more confidence... I have also been able to feel motivated to get back to work, at least for a few hours.
Amparo is so much helpful. They are committed to assisting people in need, even in complex situations. They should keep assisting for follow-up. I am so thankful for the support our family has got, and I appreciate that Amparo accepts to be contacted again for support when we need it.
I am very thankful for Amparo's work in assisting people from the CALD background with disability. I wish Amparo could have more capacity to assist more people in need.
Thank you so much for your help. I now have people to help me – take me to the shops and the doctor. Made my life better. 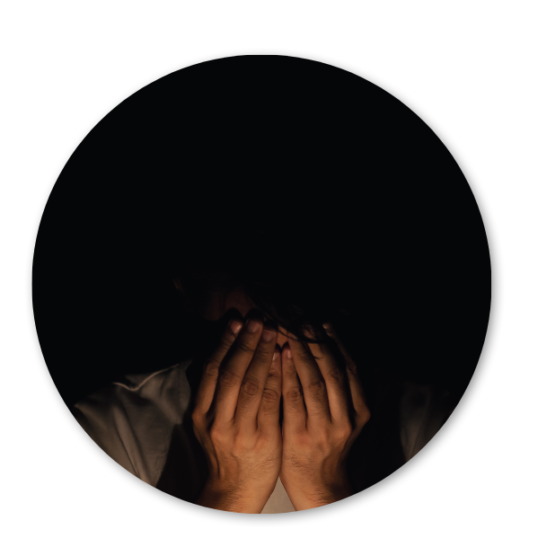 M* lives with Post Traumatic Stress Disorder (PTSD) and major depressive disorder. Their first application to the NDIS was rejected.

M was referred to AMPARO Advocacy via the Community Connector Program (CCP) in late 2020. When that project ended, they were supported by the ILC project.

AMPARO’s MEW connected with M and their spouse in their home to identify their needs with the support of an interpreter. NDIA requested further information, questioning the permanency of M’s condition.

As the MEW had built a culturally safe relationship with the couple, M explained how their time as a prisoner of war influenced their ability to trust people who shared M’s cultural background. M expressed why they could not fully participate in therapy, even though they shared a common language and culture.

The ILC worker responded to NDIA outlining the information about cultural sensitivity, and M successfully met NDIS Access. The MEW supported M at the planning meeting, and M’s plan was approved. Culturally appropriate supports were put in place, M’s needs are now being met, and their family’s life has been transformed

H* had their NDIS plan for two years and had yet to utilise their funding. In the first year of H’s plan, their mother was contacted several times by a local area coordinator (LAC) who did not engage an interpreter, so their mother hung up the phone.

Upon receiving the referral and arranging the first home visit, the Multicultural Engagement Worker (MEW) engaged a qualified interpreter to explain the NDIS plan to them. The MEW connected H with a culturally competent support coordinator who assisted H’s mother in linking to appropriate support for her child.
H was using a hearing aid that needed to be upgraded, and they struggled to focus on school. The MEW supported them by re-engaging with Hearing Australia and making a new appointment. The MEW also supported the mother and H in attending the appointment.

The MEW advocated for a qualified interpreter to be engaged at these appointments. As a result of these appointments, H now has a new hearing aid. The school reported that H can now focus in class and is doing well.

PrevPreviousCreating Good Lives: People with Disabilities Can: 31 July 2021 – Facilitated by Jane Sherwin
Need an interpreter?
If you speak a language other than English and need to speak with someone at AMPARO Advocacy, you can call the Translating and Interpreting Service (TIS), on 131 450 and ask them to call AMPARO Advocacy on 3354 4900. All information discussed will be treated confidentially.
CALL 131 450